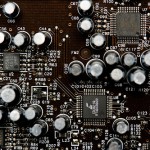 As we all know, eventually our beloved PC’s need tune-ups. But how do you know if the time has come for yours? Check out these four signs from Aol below:

“Signs Your Computer Needs a Tune-up

…Here are a few signs that could indicate that a tune-up is in order:

Your system can be slow for lots of reasons, but often there’s a simple computer fix. Data clutter, insufficient memory or system resources and failing hardware are the most often-occurring causes of a slowdown. Sometimes, if you clear your browsing history and clean up the Windows registry, you can fix your PC. However, if you’re not a skilled PC technician, you could create additional problems.

An application on your computer system may have its own bugs or problems that are causing error messages to appear on your screen. A PC tune-up searches the causes of the error messages and can often eliminate them.

It’s always when you’ve just done your best work that your computer crashes, right? PC crashes or freezes can be caused by too many open applications, too much data or not enough memory to support the running functions. It’s important to periodically tune up your PC in order to clean out old data and applications that are using memory unnecessarily and causing a computer slowdown.

A PC tune-up can repair hard-drive fragmentation, fix the Windows registry and delete useless files. These problems can be causes of your computer’s taking a long time to start up or shut down. You might have applications launching at start-up that you don’t realize are there and they are grabbing memory and slowing down the whole system.

Whether you inadvertently downloaded something that’s troublesome or your computer is simply aging and needs freshening up, a PC tune-up is a great idea. Keeping track of scheduled maintenance for your computer will benefit you just as much do those tune-ups you do for your car… booting up your computer to find it’s not working properly is just as aggravating as a car that won’t start…”

Why Do I Get Viruses? 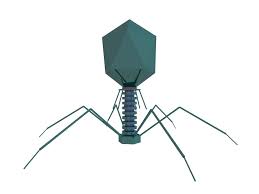 We are asked this question often.  Your machine starts running a little slow, then slower and then you get false messages that you have a hard disk failure, or you are infected and need to purchase this anti virus software and they won’t let you do anything until you do.  While it’s true you have a virus, their “anti-virus” is what actually infected you!

Or perhaps your machine will not even load the desktop anymore, and you have no idea how this happened.  Even if you have anti-virus, this can still happen to you.  The fact of the matter is, just as the anti-virus software business is huge, so is the virus industry.  There are actually black market software groups that are developing virus creating tools for hackers.  An entire “standard” virus library exists!  Why re-invent the wheel right?

Who are these attackers anyways?  Attackers are divided into several categories:

These are the people that can ruin your day or cost you money.   Common reasons people pick up viruses are:

To protect yourself from them you need a good firewall, regular anti-virus scans and a little discernment when browsing the internet.  If you do get infected and your anti-virus cannot fix the issue. Then you need to give us call, as more advanced measures need to be taken.

There you have it, a little insight in the dark world of viruses.  Browse safe out there and share the       be sure to share this with your friends.