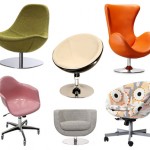 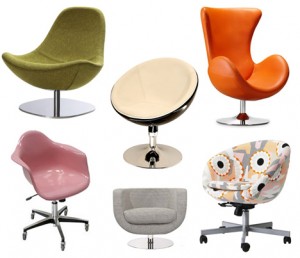 Feeling patriotic this week? You will be when you read, 12 Badass American Inventions That Changed History, below:

The United States of America has been pumping out badass technology since the 18th century. In honor of Independence Day and the land of opportunity’s 237th birthday, we’ve gathered a small sampling of some of the most important, iconic and overall awesome American inventions throughout history.

From rockets to Roombas, swivel chairs to Macintosh computers, these inventions are not only inspiring, but also show how far we’ve come since 1776.

In 1947, the first transistor was created at Bell Labs, and was about the size of your iPod classic. Transistors were a more efficient, compact and stable alternative to the large, hot and unreliable vacuum tube.

Without the invention of the transistor, every modern piece of electronic equipment would be impossible to create, making this tiny little semiconductor the father of all badass technology.

For nearly 36 years, the Voyager 1 spacecraft has been traveling the far reaches of the solar system, taking pictures and transmitting data back to NASA. Voyager 1 is now approximately11.5 billion miles away from Earth and is expected to pass through the boundaries of our solar system within the decade.

Other inventions from 1977 that haven’t stood the test of time quite as gracefully as the Voyager include the Atari 2600 console and the Commodore PET.

Standing roughly as tall as a 36-story building (60 feet taller than the Statue of Liberty) and generating 7.6 million pounds of thrust at launch, the Saturn V rocket remains literally theheaviest thing that has ever flown.

That is, unless we discover the fossils of an obese pterodactyl.

Designed under the leadership of two German rocket scientists, the Saturn V first launched in 1967 and facilitated every single NASA Apollo mission to the moon.

The name “atom-smasher” alone nabs this American invention a spot on this list. Weighing in at approximately 220 tons, the cyclotron atom-smasher has been smashing atoms since 1932, when it was used as a source to create high-energy beams.

The cyclotron is a type of particle accelerator, currently used in particle beam cancer treatments, as shown in the video above.

Thomas Jefferson is known for two things: being the father of democracy and being the inventor of the swivel chair. It’s unclear for which title he is more universally loved.

Granting the sitter the ability to accomplish a day’s work without standing or moving any of the key muscle groups, swivel chairs are time-tested tools of liberty and justice.

The inflatable tank, though no longer conventionally useful, was a major factor in the allied victory in World War II. The inflatable tanks were a tactical deception and — when coupled with amplified sounds of armored vehicles and infantry units — fooled enemies into believing allied forces to be much larger than they were, saving tens of thousands of lives in the process.

Before you laugh, consider this: The Roomba, created by American tech company iRobot in 2002, uses the same navigation algorithm as iRobot’s other line of autonomous vehicles — military grade bomb disposal units.

The fact that a tiny robot many use to cleanse their carpets of Cheeto dust is powered by the same system as a land-mine destruction bot gives the Roomba a noted spot on our list.

This GIF of Cat Shark riding one gives it a noted spot in our hearts as well:

When construction began in 1969 on the Advanced Research Projects Agency Network (ARPANET), which was one of the world’s first digital communications networks, there were only a few powerful research computers scattered throughout the country. Researchers who weren’t living close to one of these computers were at a disadvantage. It’s kind of like when you and your brother used to have to share the house computer. Except instead of a house, imagine a distance of a few hundred miles, and instead of your brother, imagine all of the researchers in the entire nation.

A faster version of ARPANET was soon released, called the National Science Foundation Network (NSFNET), which eventually evolved into the place we go to today for Grumpy Catmemes and articles about Millennials.

After completing its primary mission — to determine if Mars could have once supported life (it could have) — the Curiosity rover now gets to enjoy the sort of retirement fit for only the most famous robotic car: studying dirt samples in Mars’ Gale Crater for the next 20 years.

Ivan Sutherland, then a doctoral student at MIT, created the program Sketchpad in 1963. The program is considered to be the father of modern computer-aided design (CAD), and a predecessor to graphical user interface — found in all computers, phones and MP3 players.

This sleek, beige computing marvel was released to the public in 1984 for $2,495. If you can believe it, the amazing thing about the computer was its affordability — the hardware used to create similar graphic capabilities to the Macintosh was priced at around $10,000.

The “thin Mac” came with a one-bit black and white display and a convenient carrying handle, in case users wanted to take their computer to the beach or something.

Quickly proving itself to be one of the most useful and controversial technologies of our time, stereolithography, or 3D printing, was invented by Chuck Hull, founder of 3D Systems. 3D printing seems to have endless potential, having already been used to produce body parts, food,surgical implants and, as the video shows above, weapons.”

Contact us for your IT needs and marketing. Keep the awesome inventing coming fellow Americans. Tootles!