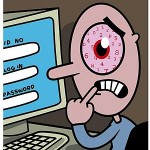 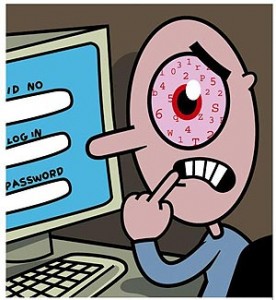 How many passwords do you have to keep track of? How safe are those passwords? Would you be willing to pop a “password” pill that would emit your own electronic password and allow you the freedom of never typing another password again? Check out, Would You Eat a Password Vitamin Daily to Log In, below:

Passwords: They’re everywhere, and most of us manage a half-dozen or so, at least. They’re also the weakest link in the authentication chain because humans aren’t great at creating passwords remembering them.

“Authentication is irritating,” she said at the conference. “So irritating that only about half the people do it even though there’s a lot of information about you on your smart phone.”

One idea Motorola presented was the “vitamin authentication” pill. One of Dugan’s colleagues showed a small tablet that contains an electronic chip. After someone swallows the pill, stomach acts as an electrolyte in the chip’s battery and powers it.

The chip has a switch that turns on and off, generating an 18-bit signal like an electrocardiogram. Ones entire body would be the authentication token, just like the fobs that many office workers carry to get on corporate networks. The authentication could be activated by touch, since the human body conducts electricity — touch your phone or laptop and you’re in.

Ingestible sensors have been FDA-approved — a company called Proteus Digital Health makes the technology for medical applications, such as recording exactly when medicine is taken.

For Motorola, the question is whether the pill or a similar innovation — an electronic tattoo, which Dugan wore during the conference — can be adapted to other applications. (There isn’t currently any collaboration between Motorola and Proteus).

SEE ALSO: Future Soldiers To Communicate With Their Shirts

Of course, swallowing your authentication token every day would also mean passing it out of the digestive system (Proteus’ electronic pills leave your system in the normal course of digestion). It also isn’t clear that users will want to take pills every day — some people take vitamins, but most don’t.

Either way, it’s an attempt to think about a process that needs fixing – and at a minimum an attempt by Motorola to think big.”

Contact us for your password pills. Just kidding! But, we are here for all of your IT needs & inbound marketing. Stay tuned next week!