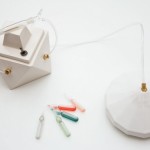 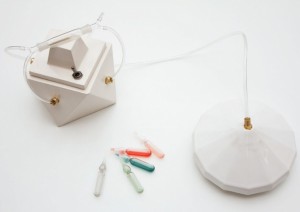 Have you ever wished you could capture a scent and save it for later? We have. Well according to the article, Capture Your Favorite Scents on Camera, there is a camera that captures scents! Check it out below:

“Capture Your Favorite Scents on Camera

A freshly mowed lawn, lit charcoal and sunscreen are just a few summer smells that are as ephemeral as they are memorable. However, a new “smell camera” could help preserve these fragrances, not only in memory.

Created by designer Amy Radcliffe, Madeleine is an “analog odor camera” based off “Headspace Capture,” a technology developed for the perfume industry to analyze and recreate the odor compounds that surround various objects.

When a smell source is placed under the device’s glass cone, a pump extracts the smell via a plastic tube. After being drawn to Madeleine’s main unit, the smell goes through a resin trap which absorbs the particles so molecular information can be recorded.

That data is expressed in a graph-like formula, which essentially contains a fingerprint of the smell. In a special lab, that formula can then be inscribed on a bronze disk to artificially reproduce the smell. The smell can also be recreated in small vials.

Depending on the pungency of the scent being captured, the process can take anywhere from a few minutes to a full day.

Considering our sense of smell’s strong correlation to triggering memories, a device that can summon distinct scents could be a mind-altering phenomenon. The only question is: What smells would you want to recreate and capture? The smell of my grandfather’s garage, wet cedar after it rains and a freshly oiled baseball mitt are just a few I’d like to have at hand.

Contact us for all of your IT and inbound marketing needs. Now go take some snapshots of scents and have a great weekend!