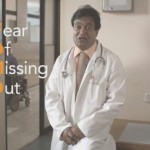 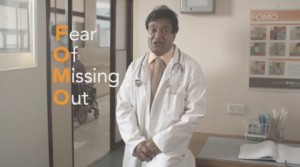 There’s an epidemic going on. It’s FOMO. Are you a victim of this relentless ailment?

FOMO (fear of missing out) goes hand in hand with social media. Check out, Report: 56% of Social Media Users Suffer From FOMO, below:

We all know that social media can be an addiction, a slippery slope consumed by a syndrome commonly referred to as Fear of Missing Out (FOMO). If you indulge in a few days away from your Inbox or Twitter stream, the emails start to pile up and key news is missed.

As technology enables us to stay more connected than ever, the addiction continues to grow. In fact, a new survey conducted by MyLife.com revealed 56% of people are afraid of missing out on events, news and important status updates if they are away from social networks.

Many would trade other addictions to stay connected this way — about 26% percent said they would trade habits such as smoking cigarettes or reality TV for access to social networking sites.

In the same vein, about 51% of people visit or log on more frequently to social networks than they did just two years ago. And users want their updates first thing in the morning:

People are managing more social networking accounts as well. About 42% of study participants have multiple accounts — and the percentage jumps to 61% for those between the ages of 18 and 34. The average person also manages 3.1 email addresses compared with 2.6 from last year.

Although 52% of respondents said they have considered taking a “vacation” from one or more social networks in the past year, only 24% said they will likely follow through. Why? FOMO, of course.

For a full look at how people are using social media and managing the many platforms, check out the infographic below.

Contact us for your IT and inbound marketing needs. And if this article didn’t convince you that obviously social media marketing is one of the best things out there…then well, it should have.